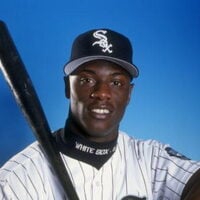 Mike Cameron Net Worth: Mike Cameron is an American retired professional baseball player who has a net worth of $36 million. Born in LaGrange, Georgia, in 1973, Mike Cameron was drafted right out of high school during the 1991 MLB Draft by the Chicago White Sox. He made his professional debut on August 27, 1995. Cameron played for the White Sox until he was traded to the Cincinnati Reds in 1998. He was then dealt to the Seattle Mariners, where he played from 2000 until 2003. Cameron went on to play for the New York Mets from 2004 until 2005, the San Diego Padres from 2006 until 2007, the Milwaukee Brewers from 2008 until 2009, the Boston Red Sox from 2010 until 2011, and, lastly, the Florida Marlins in 2011. He landed a minor-league contract with the Washington Nationals after being released from the Marlins, but Cameron decided to retire on February 19, 2012. He signed a one-day deal with the Mariners and officially retired as a member of the organization on April 14, 2012. He was an MLB All-Star in 2001 and has won three Gold Glove awards: 2001, 2003, and 2006. Cameron is well remembered for hitting four home runs in a single game with the Mariners on May 2, 2002. He finished his MLB career with a .249 batting average, 278 home runs, and 968 runs batted in.