Miguel Tejada net worth and career earnings: Miguel Tejada is a Dominican professional baseball player who has a net worth of $45 million. Born in Bani, Dominican Republic, Miguel Tejada worked hard to build his baseball skills in order to be competitive in the United States. After catching the attention of minor league scouts in the mid-90s, he began playing for the Oakland Athletics in 1997.

His first season with them was only moderately successful, but his minor league play was very successful, and he led his team, the Edmonton Trappers, to the championship that year. He subsequently became shortstop for Oakland in 1998. Since then, he has also played for the Baltimore Orioles, the Houston Astros, the San Diego Padres, and the San Francisco Giants. He is currently playing in the minor leagues for the Kansas City Royals. He has been part of an on-going investigation of steroid use in the Major Leagues since 2005, and was sentenced to one-year probation in 2009 for lying to Congress. During his career, Miguel Tejada earned more than $96 million from salary alone. He earned millions more from endorsements. 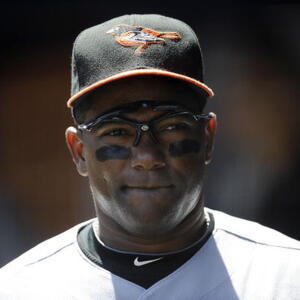