The left-handed batter and right-handed fielder plays catcher. He is a two-time MLB All-Star, earning the honors in 2011 and again in 2014. Montero had a career-best 40-percent success rate at throwing out opposing base runners attempting to steal second base during his 2011 All-Star season, where he was able to play in the All-Star game in front of his hometown fans in Phoenix, Arizona. As of July 2014, Montero has a career batter average of .267, 95 home runs, and 428 runs batted in. He was behind the plate for pitcher Edwin Jackson's no-hitter on June 25, 2010. Montero wears number 26 with the Diamondbacks. The five-foot-eleven, 210-pound catcher is signed with the Diamondbacks through 2017 on a six-year, $65.9 million contract. He is married to his wife, Vanessa Montero. They have one son together. 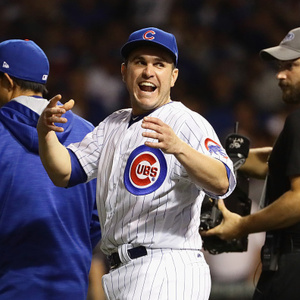