His best seasons were in 2001 and 2003 when he played for the Arizona Diamondbacks. Miguel Batista played for the Pittsburgh Pirates in 1992, the Florida Marlins in 1996, the Chicago Cubs in 1997, the Montreal Expos from 1998-2000, the Kansas City Royals in 2000, the Arizona Diamondbacks from 2001-2003 and again in 2006; the Toronto Blue Jays from 2004-2005, the Seattle Mariners from 2007-2009, the Washington Nationals in 2010, the St. Louis Cardinals in 2011, the New York Mets from 2011-2012, and the Atlanta Braves in 2012. Miguel Batista was a member of the 2001 World Series Champions Arizona Diamondbacks. Miguel Batista is also an author who has published two books – a book of poetry in Spanish titled Sentimientos en Blanco y Negro and a novel called The Avenger of Blood which is a thriller about a serial killer. 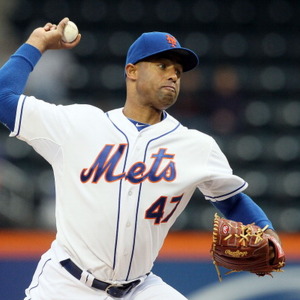