Mickey Mantle net worth: Mickey Mantle was an American professional baseball player who had a net worth of $10 million. Mickey Mantle was born in Spavinaw, Oklahoma in October 1931 and passed away in August 1995. He was a center fielder who was a switch hitter and threw right handed. Mantle played for the New York Yankees his entire Major League Baseball career from 1951 to 1968.

He was a 20 time All-Star and seven time World Series champion. Mantle won three American League MVP Awards and was a four time AL home run leader and one time AL RBI leader. He won the Triple Crown in 1956 and a Gold Globe Award in 1962. Mantle's #7 was retired by the New York Yankees and he was named to the Major League Baseball All-Century Team. In 1974 Mantle was inducted into the Baseball Hall of Fame on the first ballot. Mickey Mantle passed away on August 13, 1995 at 63 years old. Mantle's first baseball contract in 1951 paid him $7500 (that's the same as $70,000 after adjusting for inflation). His last contract paid him $100,000 per year (the same as $800,000 after adjusting for inflation). In total, Mickey earned $1,128,000 during his career. After adjusting for inflation, he earned around $9 million from his various contracts. 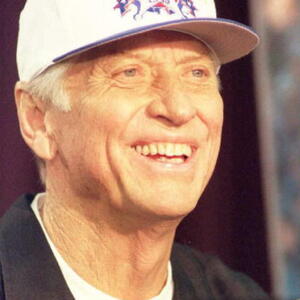