Melky Cabrera Net Worth: Melky Cabrera is a Dominican professional baseball player who has a net worth of $13 million. Born in Santo Domingo, Dominican Republic, in 1984, Melky Cabrera made his Major League Baseball debut on July 7, 2005 after signing an amateur free agent deal with the club. He played with the Yankees until 2009 when he was dealt to the Atlanta Braves.

Cabrera played in Atlanta for the 2010 season before joining the Kansas City Royals in 2011, the San Francisco Giants in 2012, and the Toronto Blue Jays from 2013 until 2014. As of the end of the 2014 season, Cabrera is a free agent. His career statistics to date include a .286 batting average to go along with 1,262 hits, 88 home runs, 520 runs batted in, and more than 90 stolen bases. Cabrera is a left-handed thrower who plays in the outfield and switch hits. He was part of the Yankees' 2009 World Series championship-winning team. He earned MLB All-Star honors in 2012 and won MVP of the All-Star Game that same season. In May of 2009, Cabrera was named MLB Clutch Performer of the Month. Several months later, he hit for the cycle on August 2, 2009, recording a single, double, triple and home run all in the same game played against the Chicago White Sox. In 2012, Cabrera was suspended for 50 games after he tested positive for high testosterone levels. 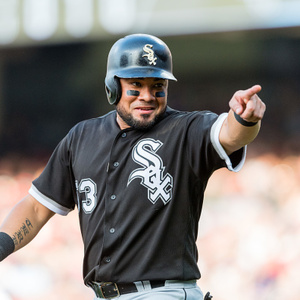