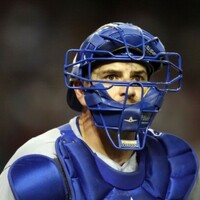 Matt Treanor net worth: Matt Treanor is an American former professional baseball player who has a net worth of $3 million. Matt Treanor was born in Garden Grove, California in March 1976. He was a catcher who batted and threw right handed. He played for Mater Dei High School and was drafted by the Kansas city Royals in the 1994 Major League Baseball Draft. He made his MLB debut for the Florida Marlins 10 years later in 2004 and played for Florida until 2008. Treanor played for the Detroit Tigers in 2009, the Texas Rangers in 2010, the Kansas city Royals in 2011, the Texas Rangers again in 2011, and the Los Angeles Dodgers in 2012. Matt met beach volleyball player Misty May in 2003 and the two were married in 2004.