Matt Szczur net worth: Matt Szczur is an American professional baseball player who has a net worth of $2 million. Matt Szczur was born in Cape May Court House, New Jersey in July 1989. He is an outfielder who bats and throws right handed. He played for Lower Cape May Regional High School where he lettered in baseball, football, and track and field.

Szczur was drafted by the Los Angeles Dodgers in the 2007 Major League Baseball draft but he decided to attend Villanova University where he played football and baseball. He was drafted again by the Chicago Cubs in the 2010 MLB Draft and signed a $1.5 million deal in 2011. Szczur played in the Cubs minor league system and was called up to the big leagues in 2014. He donated bone marrow to a 15 month old Ukrainian girl in 2009 which was chronicled in the ESPN documentary film E:60 Risking it All. 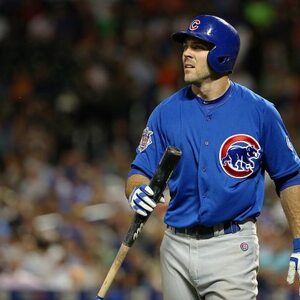