Matt Mantei Net Worth and salary: Matt Mantei is an American retired professional baseball player who has a net worth of $12 million. Matt Mantei was born in Tampa, Florida in July 1973. Matt was a relief pitcher who batted and threw right handed. Mantei's fastball could occasionally hit 100 miles per hour.

He also threw a curveball and a slider. He debuted in the Major Leagues in 1995 for the Florida Marlins where he played until 1999. He did not play in 1997 due to injury but had a good season in 1998 with a 2.96 ERA. During the 1999 season Mantei was traded to the Arizona Diamondbacks. In 1999 he posted 32 saves. His 2000 and 2001 seasons were riddled with injury and he underwent Tommy John surgery. He came back for the 2002 season and recorded 29 saves and a 2.62 ERA. He missed most of 2004 with another injury and was signed by the Rex Sox in 2005. Mantei pitched just over 26 inning with the Red Sox before being put on the disabled list. He did not play again until 2008 due to injuries. He was eventually released by the Detroit Tigers. He finished his career with 93 saves and a 4.07 ERA, posting a 14-18 record. Matt and his family appeared on an episode of Counting Cars on the History Channel in 2014. 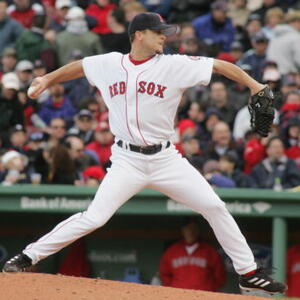