Matt Harvey net worth and salary: Matt Harvey is an American professional baseball player who has a net worth of $8 million. Matt Harvey was born in New London, Connecticut in March 1989. He is a starting pitcher who bats and throws right handed. He attended Fitch Senior High School and was drafted by the Los Angeles Angels of Anaheim in the 2007 MLB Draft.

Harvey did not sign with the Angels and played for the University of North Carolina at Chapel Hill. In 2008 and 2009 he pitched in the Cape Cod Baseball League. He was drafted #7 by the New York Mets in the 2010 Major League Baseball First-Year Player Draft. Harvey made his MLB debut for the Mets in 2012 and has been with the team his entire career. He was an All-Star in 2013 and was named National League Pitcher of the Week and NL Pitcher of the Week in April 2013. Harvey set a new Mets record with 11 strikeouts in his MLB debut. He had Tommy John surgery to repair his right elbow and missed the entire 2014 season. 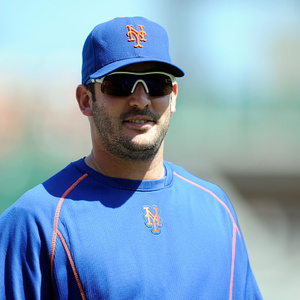