Masahiro Tanaka Net Worth and salary: Masahiro Tanaka is a Japanese professional baseball player who has a net worth of $60 million. Masahiro Tanaka was born in Itami, Hyogo, Japan in November 1988. Tanaka won a championship with his high school team in the National High School Baseball tournament while at Komazawa University Tomakomai High School. He was drafted by the Tohoku Rakuten Golden Eagles of the Nippon Professional Baseball Pacific League in the first round of the 2006 NPB high school draft. He played with the team from 2007 to 2013. Tanaka was the 2007 Pacific League Rookie of the Year. He was named Pacific League MVP in 2003. He was a multiple time All-Star and won the Japan Series championship in 2013. Tanaka was both the NPB Win and ERA Champion in 2011 and 2013 and the NPB Strikeout Champion in 2012. He won three Golden Glove Awards as well. Tanaka received a base salary of $15 million yen. He was posted to Major League Baseball for a fee of $20 million and signed a seven year deal worth $155 million with the New York Yankees in 2014. During his first season with the Yankees Tanaka was an All-Star and was named the American League Pitcher of the Month in May 2014. He also won a Gold Medal in 2009 competing for Japan in the World Baseball Classic. 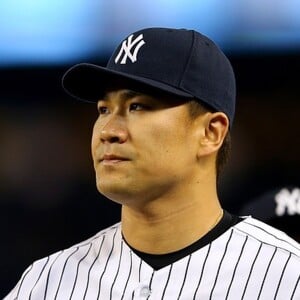