Martin Prado Net Worth: Martin Prado is a Venezuelan professional baseball player who has a net worth of $35 million. During his career, Martin earned just under $90 million in salary alone.

Martin Prado was born in Maracay, Venezuela in October 1983. Prado has played left field, right field, shortstop, first, second, and third base and bats and throws right handed. Martin made his Major League Baseball debut for the Atlanta Braves in 2006 where he played through 2012. After the 2012 season Prado was traded to the Arizona Diamondbacks in a deal that reunited Justin Upton with his brother B.J. Upton in Atlanta. Prado signed a four year extension worth $40 million with Arizona in 2013. He was then traded to the New York Yankees in 2014. In September 2014 Prado underwent an emergency appendectomy that ended his season with the Yankees. In 2010 Prado was an MLB All-Star while playing for the Braves. He also played in the World Baseball Classic in 2013. Through the 2014 season Prado has 1,075 hits with 78 home runs and 426 runs batted in. 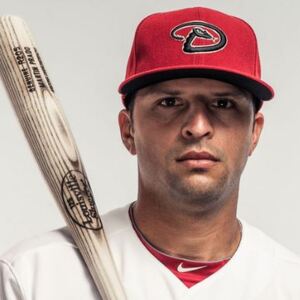