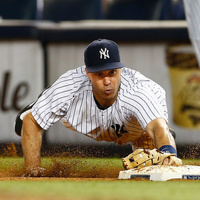 What is Mark Teixeira's net worth and salary?

Mark Teixeira is a retired American professional baseball player who has a net worth of $75 million. During his 13 season MLB career, Mark earned $213 million in salary alone.

Teixeira was born in Annapolis, Maryland in 1980 and was raised in Severna Park, Maryland. He attended Mount St. Joseph High School in Balitmore, Maryland, and played on the Varsity baseball team.

He as drafted by the Texas Rangers in 2001, signing a 4-year $9.5 million contract. He won the Silver Slugger Award (2005) for being best hitting first baseman in the American League and the Golden Glove for his outstanding performance as the best fielding first baseman. He made MLB history as the third switch-hitter to ever to hit 20 (or more) home runs in each of his first three seasons.

In 2007 he suffered injuries from an awkward landing at first base in a game against the Milwaukee Brewers. He turned down his contract extension with the Rangers and was traded to the Atlanta Braves in 2007. Teixeira became the second player to homer in his first three games as an Atlanta Brave. He was awarded the NL Player of the week, as well as, August's Player of the Month for batting .793 with three home runs.

Teixeira was traded to the Los Angeles Angels of Anaheim in 2008, and led the team to a 100 win season, batting .358 with 13 home runs and 43 RBI's. After the World Series, he became a free agent. Teixeira signed a contract with the New York Yankees with a bonus of $5 million and a no trade clause. 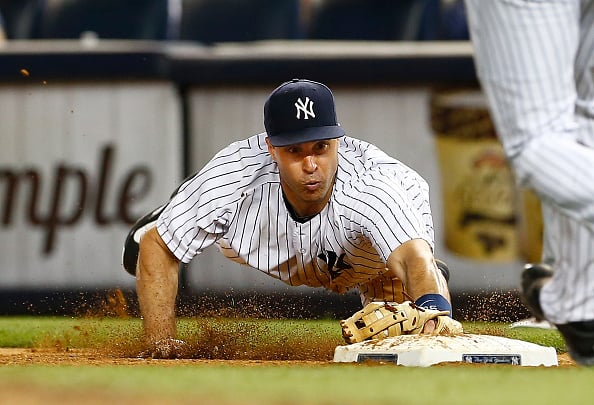 In the early part of his professional career, he wore the number 23, in honor of his Baseball idol, Don Mattingly, but since Mattingly's number was retired, Teixeira now wears the number 25. In 2009, he was awarded The World Series Championship Ring, The Gold Glove and Silver Slugger Awards, and finished second in the AL MVP balloting. He also won the Gold Glove Award in 2010 for first baseman and in the game against the Boston Red Sox, he became the second player to hit three home runs in one game. The first being Lou Gehrig. He and teammate Curtis Granderson became the first teammates to have 30 homeruns in 115 games, in 2011. This hasn't been done since Roger Maris and Mickey Mantle in 1961.

Mark Teixeira's peak salary was $22.5 million per year. He earned that amount in his three final seasons in baseball.

He is married to Leigh Williams and they have three children, a daughter, Addison Leigh and two sons, William Charles and Jack Gordan.

Teixeira and his wife are the co-founders of the Mark Teixeira Charitable Fund. This Foundation supports six scholarships, worth $5,000 each, in the Dallas/Fort Worth area for three high schools. He has also set up a scholarship at Mount St. Joseph High School, in memory of a dear friend who met with a fatal car accident.