Mark Prior Net Worth

in Richest Athletes › Baseball Players
Mark Prior Net Worth:
$5 Million

Mark Prior net worth: Mark Prior is a baseball coach and former professional baseball player who has a net worth of $5 million. He is best known for pitching for the Chicago Cubs in the mid-2000s.

Mark Prior was born in San Diego, California in September 1980. He was a pitcher who batted and threw right handed. Prior played for the University of San Diego High School. He was drafted by the New York Yankees but did not sign. He then played for Vanderbilt University before transferring to the University of Southern California where he won the Dick Howser Trophy, the Golden Spikes Award, and the Rotary Smith Award. Mark Prior was drafted #2 overall by the Chicago Cubs in the 2001 Major League Baseball Draft. He signed a contract for $10.5 million which was a record until 2009. He made his MLB debut in 2002 for the Cubs and pitched for the team for his entire career through 2006. In 2003 Prior was an All-Star. He began coaching for the Los Angeles Dodgers in 2018. 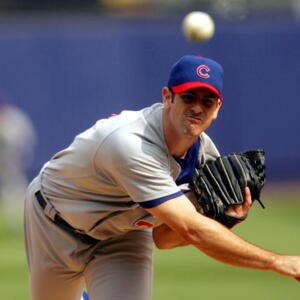