Mark Mulder Net Worth: Mark Mulder is an American professional baseball player who has a net worth of $13 million. Mark Mulder was born in South Holland, Illinois, in 1977. He played college baseball for the Michigan State University Spartans in East Lansing before the Oakland Athletics chose him during the first round with the second overall pick of the 1998 Major League Baseball draft.

Mulder made his MLB debut on April 18, 2000, and played with the A's until 2004, when he joined the St. Louis Cardinals from 2005 until 2008. Mulder has not played since the 2008 season. Through the 2008 season, Mulder, a left-handed pitcher, amassed a 103-60 career win-loss record to go along with a 4.18 earned run average and 834 strikeouts. Mulder is a two-time MLB All-Star (2003, 2004) and earned the American League wins crown during the 2001 season. He appeared in the postseason three times: twice with the A's in 2001 and 2002 and once with the Cardinals, who advanced through one series, in 2005. Mulder recorded a 3-4 playoffs record with a 2.34 earned run average in the postseason. After hanging up the cleats, Mulder began playing golf and working as an analyst for ESPN's popular TV show "Baseball Tonight." 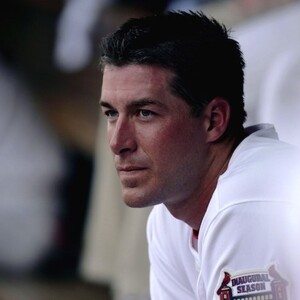