Mark Grace net worth and career earnings: Mark Grace is a retired Major League Baseball first baseman who has a net worth of $20 million. In addition to his net worth, he has the distinction of being one of the lucky few to not only have a career in the sport he loves, but a long lasting one at that, playing 16 seasons with both the Chicago Cubs and the Arizona Diamondbacks. Grace's baseball career began in high school, where he played in his hometown of Turin, California. From there he played at San Diego State University. He was then drafted by the Chicago Cubs. His 12 years with that club were characterized by his non-flashy but consistent performance at bat. Despite this reputation, he is currently the last Cub to have hit a single, a double, a triple, and a home run all in the same game – an accomplishment that is known as "hitting for the cycle." He managed this feat during a game on Sunday, May 9, 1993. After finishing with the Cubs, Grace played out the remainder of his career in 3 seasons with the Arizona Diamondbacks. Since then, Grace has remained a presence in the lives of baseball fans through his broadcasting career, calling Diamondback games in his unusual style as a color commentator. 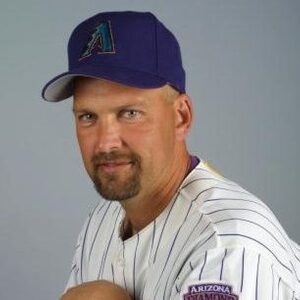