What is Manny Ramirez's Net Worth?

Manny Ramirez is a retired professional baseball player who has a net worth of $90 million. Originally born in the Dominican Republic, Manny went on to play 19 seasons in the MLB. He played for teams like the Cleveland Indians, the Boston Red Sox, the Los Angeles Dodgers, the Chicago White Sox, and the Tampa Bay Rays. He then finished with one last season in the Chinese Professional Baseball League.

Over the course of his career, Ramirez established a formidable reputation as a batter, bringing both skill and power to the plate. He hit over 500 career home runs, 21 grand slams, and 29 postseason home runs. Manny also racked up a lifetime batting average of .312 and is widely considered to be one of the best right-handed hitters of his generation.

He was also selected as an All-Star 12 times, primarily with the Red Sox. During his time with the Red Sox, Ramirez also won the World Series twice. However, Manny's career was not without controversy, and he was suspended in 2011 for violating the MLB's drug policy. He never played another game in the league after this.

Manuel Arístides Ramírez Onelcida was born on May 30th of 1972 in Santo Domingo, Dominican Republic. He spent the first 13 years of his life in the Dominican Republic, and during this time he became thoroughly obsessed with baseball. By the time he was eight, he was given a Dodgers uniform. At the age of 13, he relocated with his family to Washington Heights, New York City. Despite living in NYC, Ramirez became a fan of the Toronto Blue Jays. This was because they had Dominican stars like George Bell and Tony Fernandez on their roster. Ramirez always attended Yankees games whenever the Blue Jays were in town.

Although Manny attended high school, he departed at the age of 19 without ever actually graduating. His high school baseball team was comprised entirely of Dominican players. The team won three straight division championships. During his high school years, Ramirez established a batting average of .650 and scored 14 home runs within 22 games.

In 1991, Manny was selected by the Cleveland Indians in the first round of the MLB draft. He received a $250,000 signing bonus and started playing in the minor leagues. After impressing during this period, he made his major league debut in 1993 against the Minnesota Twins. He immediately had a strong impact, hitting a number of home runs within his first season. By 1994, he had established a batting average of .300. He truly rose to prominence in 1995, when he hit 31 home runs. He was then selected for his first All-Star game.

Manny's power and accuracy increased considerably over the next few years. This resulted in a considerable "hot streak" in 1999, and he hit seven runs within the month of April alone that year. Injuries hampered his output in 2000, and Manny moved to the Red Sox. He proved to be a valuable acquisition for the team, and he led them to two World Series in 2004 and 2007. He then moved to the Los Angeles Dodgers and the Chicago White Sox before leaving the MLB due to a positive drug test. 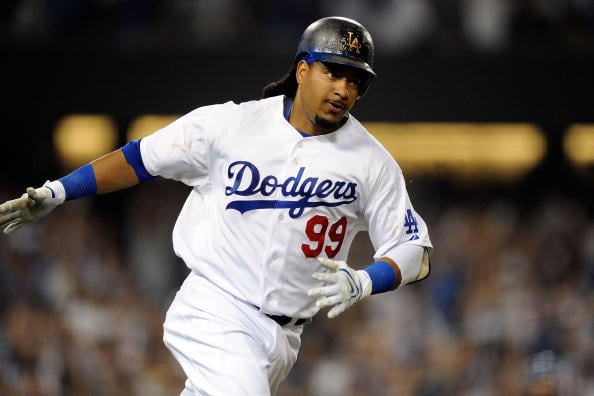 During his career Manny earned a little over $200 million in salary alone.

In 2011, Manny Ramirez abruptly retired from the MLB, soon after signing with the Tampa Bay Rays. Reports surfaced that suggested he had tested positive for drugs. Manny was accused of taking a performance-enhancing substance during the Spring training period that year. The initial sample was retested, and the result was the same. Ramirez then filed an appeal, and a second sample was tested. This too came back positive.

This prompted Manny to drop the appeal and tell the MLB that he would retire. The MLB then issued a statement informing the public that Manny had chosen to retire instead of moving forward with the appeal process. If he had not retired, he would have faced a 100-game suspension, which would have remained in place even if he had chosen to return to the MLB in the future.

Later in 2011, Ramirez tried to join the Cibao Eagles in the Dominican Winter League. Unfortunately for him, the Dominican Winter League is actually affiliated with the MLB, which means that his 100-game ban prevented him from joining. Manny then immediately reversed his earlier decision, stating that was willing to serve his 100-game ban before requesting reinstatement with the MLB. Eventually, a deal was reached that allowed him to serve a ban of just 50 games.

In 2011, it was reported that Ramirez had sold his penthouse in Boston for $5.5 million. He had been trying to offload the property since 2009, when he listed it for $8.5 million. After $3 million in price cuts, he finally found a buyer. 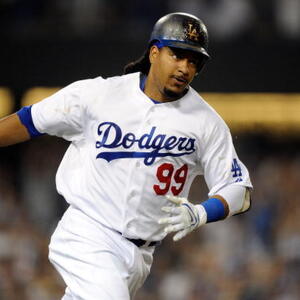