Magglio Ordóñez Net Worth and salary: Magglio Ordóñez is a retired Venezuelan Major League Baseball right fielder who has a net worth of $50 million. Born January 28, 1974 in Caracas, Venezuela, Magglio Ordonez played for the Chicago White Sox (1997-2004) and the Detroit Tigers (2005-2011) and retired on June 3, 2012 in a ceremony held at Comerica Park just prior to the afternoon game.

He has been selected for the All-Star Game six times (1999-2001, 2003, and 2006-07) and has won three Silver Slugger awards (2000, 2002 and 2007). In 2007, during his career with the Detroit Tigers, his batting average earned him the American League batting title with a batting average of .363, the same year that Ordóñez experienced the best season of his career. Often referred to by fans as "Maggs", Detroit fans would sometimes sport curly black wigs under their baseball caps in support of their long-haired right fielder-that is until Ordóñez cut his hair. Ordóñez was also tagged with the nickname "The Big Tide" in mid-2006 by a group of bloggers. In August 2013, he announced he would run for the office of mayor in the Juan Antonio Sotillo Municipality in Venezuela on the ticket of the United Socialist Party of Venezuela. On December 9, 2013 it was announced that Magglio Ordóñez had indeed won the election for mayor. 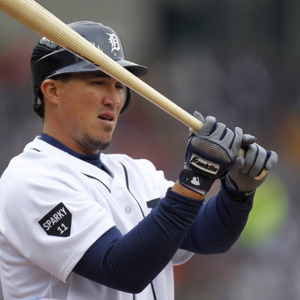