Luis Aparicio net worth: Luis Aparicio is a Venezuelan former professional baseball player who has a net worth of $3 million. Luis Aparicio was born in Maracaibo, Venezuela in April 1934. He was a shortstop who batted and threw right handed. Aparicio made his Major League Baseball debut for the Chicago White Sox in 1956 and played there through 1962.

He played for the Baltimore Orioles from 1963 to 1967, the Chicago White Sox again from 1968 to 1970, and the Boston Red Sox from 1971 to 1973. During his career Luis Aparicio was a 13 time MLB All-Star. He won a World Series championship in 1966 with the Orioles and was the American League Rookie of the Year in 1956. He was a nine time Gold Glove Award winner and also led the AL in stolen bases nine consecutive years. Aparicio had his #11 retired by the Chicago White Sox and is a member of the Baltimore Orioles Hall of Fame. He was inducted into the Baseball Hall of Fame in 1984. 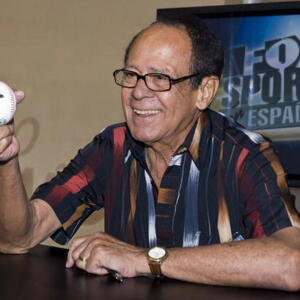