Livan Hernandez Net Worth, salary and career earnings: Livan Hernandez is a former Cuban professional baseball player who has a net worth of $0 million. He is the half-brother of former MLB pitcher Orlando "El Duque" Hernandez.

Born Eisler Livan Hernandez Carrera in Villa Clara, Cuba, in 1975, Livan Hernandez defected to the United States when he was 20 years old in 1995. A year prior, he had helped secure a gold medal for Cuba at the 1994 Baseball World Cup in Managua. Hernandez made his Major League Baseball debut in 1996 with the Florida Marlins, and he remained with the team until 1999. He then embarked upon his career as a journeyman, playing with the San Francisco Giants from 1999 until 2002, the Montreal Expos/Washington Nationals from 2003 until 2006, the Arizona Diamondbacks from 2006 until 2007, the Minnesota Twins and Colorado Rockies in 2008, the New York Mets in 2009, the Washington Nationals a second time from 2009 until 2011, and lastly the Atlanta Braves and Milwaukee Brewers in 2012. Hernandez finished his pro playing career with a 178-177 win-loss record to go along with a 4.44 earned run average and 1,976 strikeouts. He won one World Series title with the Marlins in 1997 and was named MVP of the World Series that year. Hernandez also earned NLCS MVP honors in 1997. He is a two-time MLB All-Star (2004, 2005) and won the Silver Slugger Award in 2004.

Livan Hernandez Bankrupt: After earning more than $53 million in salary alone, in July 2017 Livan filed for Chapter 13 bankruptcy in Florida. In the filing, Livan claims to owe up to $1 million to as many as 50 creditors. A large portion of that debt it owed to credit card companies, banks and the IRS. He also owes around $220,000 to a local businessman who gave him a loan. He claims to be worth less than $50,000 today. 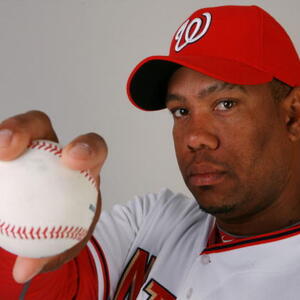