Lenny Dykstra Net Worth: Lenny Dykstra is an American retired professional baseball player who has a net worth of -$25 million. Lenny is famous for his role on the New York Mets and the Philadelphia Phillies. During his professional baseball career, Dykstra won a World Series championship with the Mets and became an All-Star three times. Dykstra's net worth is a reflection of various financial and legal difficulties since his retirement. These issues have resulted in bankruptcy and jail time for the former baseball pro.

Career: Lenny Dykstra's career began in 1981 after he was signed by the Mets. He soon won the nickname "Nails" for his fearless style of play, and observers commented that he had "no concept of failure." After playing his first season in the major leagues in 1985, Dykstra hit a staggering number of home runs in 1986 and led the Mets to a World Series Championship.

Eventually, the Mets traded Dykstra to the Philadelphia Phillies, a decision that Lenny later attributed to his "wild and crazy side." After a drunk driving incident, Dykstra struggled with a number of injuries throughout the rest of his career. A highlight came in 1993 when Dykstra led the Majors in walks. It was later revealed that he had paid a private team of investigators to dig up dirt on umpires, and Lenny used this information to achieve a better strike zone during games. Lenny retired in the late 90s.

Steroid Use: In 2007, the Mitchell Report named Dysktra as one of the many players who had used steroids in the past. Multiple sources confirmed his steroid use, and it is alleged that even the Commissioner of Baseball was aware of Dykstra's prolonged steroid use for years. Although he never agreed to meet with investigators or confirm these allegations, Lenny admitted privately that he used steroids because he felt he was in danger of being replaced.

Financial Issues: After retiring from baseball, Dykstra began an ambitious plan to start numerous businesses. These included a jet charter company, magazines, and other ventures. By 2009, it was clear that these businesses were not successful. Not only that, but he was facing allegations of credit card fraud, check fraud, failing to pay his rent, and much more. In the end, he faced numerous lawsuits.

Later in 2009, Dykstra filed for chapter 11 bankruptcy. The legal documents that followed confirmed that Lenny had just $50,000 in assets. On the other side of the equation, the former pro athlete was facing between $10 million and $50 million in liabilities and debts. In his defense, Dykstra claimed to be a victim of mortgage fraud – the same issue that countless other Americans were dealing with during this period.

Months later, Lenny was effectively homeless – living out of his car and various hotel lobbies. To make matters worse, he was having trouble selling his properties, as they were deemed "unshowable" by real estate professionals. These homes had issues such as toxic mold, missing toilets, water damage, and much more. In 2009, it was reported that Lenny had auctioned off his World Series ring for $56,750 to help pay his debts.

Legal Issues: Towards the end of 2009, Dykstra switched to a chapter 7 bankruptcy. Not long afterward, he was accused of lying under oath and acting in a deceitful manner in bankruptcy court proceedings. It was later revealed that Lenny had hidden and sold assets while in bankruptcy. Because he had violated the rules of bankruptcy, he was denied a discharge – meaning he was still liable for his debts.

In 2011, Dykstra faced further legal issues. After he was arrested for trying to buy a stolen car and possessing a number of illicit drugs, he was charged with embezzling from a bankruptcy estate. As the details emerged, prosecutors contended that Lenny had destroyed or hidden more than $400,000 worth of assets. Eventually, Lenny was sentenced to house arrest. He initially pleaded not guilty to charges related to embezzlement, obstruction of justice, bankruptcy fraud, and many other offenses. He faced 13 charges in all, which would have resulted in a sentence of up to 80 years.

In 2012, Dykstra pleaded guilty to bankruptcy fraud, concealment of assets, and money laundering. All three were felonies, and he was sentenced to 6.5 months in prison. In addition, he was ordered to pay $200,000 in restitution and complete 500 hours of community service.

In 1991, Lenny crashed into a tree while driving drunk, suffering serious injuries to his face and collarbone. In 1999, he was arrested for sexual harassment, but the charges were later dropped. In 2010, Lenny was accused by a female escort of hiring her and then writing her a worthless $1,000 check that bounced.

In 2011, Dykstra was accused of sexual assault by his housekeeper, who claimed that Lenny forced her into oral sex. That year, he was charged with indecent exposure and was given a 9-month sentence. After being released from prison in 2013, Dykstra stayed clean for five years before another arrest in 2018 for possession of drugs once again. During this incident, he also threatened an Uber driver with a gun.

Real Estate: In 2010, it was reported that Dykstra's southern California mansion had hit the housing market with a price tag of $14.9 million. The home was in seriously bad shape when it was listed, and the six-bedroom residence had a history of vandalization; including beer bottled scattered throughout the yard and sewage openly spewing into the air. Lenny put this home up for sale about 6 months after declaring bankruptcy.

This was the same home that Wayne Gretzky had once owned, and the hockey legend sold Dykstra the 6.7-acre property in Thousand Oaks for $17.5 million in 2007. It was reported that there were about $14.28 million worth of liens against the property, including a sum of $12.9 million owed to JP Morgan & Chase.

In 2018, Gretzky bought back the home that he had once sold to Dykstra, paying $13.5 million for the residence. This means that he made a $5 million profit and he got to keep the house that he sold. 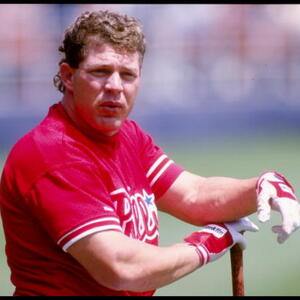