Kris Bryant net worth and salary: Kris Bryant is an American professional baseball player who has a net worth of $8 million. Kris Bryant was born in Las Vegas, Nevada in January 1992. He is a third baseman and outfielder who bats and throws right handed. Bryant was named All-USA baseball first team at Bonanza High School.

He was drafted in the 18th round of the 2010 MLB Draft by the Toronto Blue Jays but did not sign and played at the University of San Diego where he won the Golden Spikes Award and Dick Howser Trophy in 2013. Bryant was drafted #2 overall by the Chicago Cubs in the 2013 Major League Baseball Draft. He made his MLB debut in 2015 and has played for the Cubs his entire career. Bryant was named National League Rookie of the Year in 2015 and is a two time All-Star. In 2016 he made the World Series with the Cubs. Bryant got a $6.7 million signing bonus in 2013. 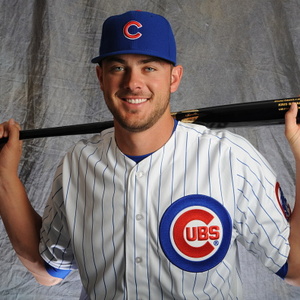