Kris Benson net worth: Kris Benson is an American athlete and former Major League Baseball pitcher who has a net worth of $14 million. Kris Benson was a pitching all star from an early age. At Clemson University he was named College Player of the Year, he also won a bronze medal at the 1996 Olympics. Benson was the first pick of the 1996 draft and signed a record setting bonus at the time. He went on to play for 12 seasons for the Pittsburgh Pirates, New York Mets, Baltimore Orioles, Texas Rangers and the Arizona Diamondbacks. In his career, Benson earned nearly $39 million in salary.

Benson married an FHM model and former stripper named Anna in October 1999. Their marriage has been somewhat infamous because of some comments that Anna made. Anna claimed that the couple enjoyed having sex in the parking lots of major league stadiums and they wanted to do it in every single big league park. Pirates management was upset at these statements and was concerned that the relationship was distracting Kris from pitching well. Anna also stated on The Howard Stern Show that if Kris ever cheated on her, she would sleep with every single player on his team including the manager and batboys. She is one of the stars of the new VH1 reality show Baseball Wives which follows famous former and current partners of baseball players. The show premiered on November 30th, 2011 and was canceled after one season. 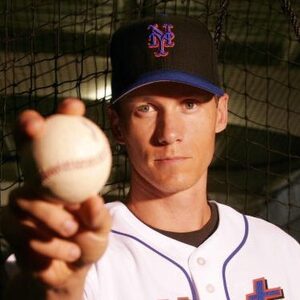