Kosuke Fukudome Net Worth: Kosuke Fukudome is a Japanese professional baseball player who has a net worth of $22 million. Kosuke Fukudome was born in Osaki, Soo District, Kagoshima, Japan in April 1977. Fukudome is an outfielder who bats left and throws right handed. He was targeted by seven teams in the 1995 draft but ending up playing for the Chunichi Dragons from 1999 to 2007.

In 1996 he became the youngest player ever to be chosen for an Olympic baseball team at 19 years old and won a silver medal in the Atlanta Olympics. During his time playing for the Dragons Kosuke was named the 2006 Central League MVP. He became a free agent in 2007 and was signed by the Chicago Cubs to a four year deal worth $48 million. He played for the Cubs until 2011 and was an MLB All-Star in 2008. In 2011 Fukudome joined the Cleveland Indians and then signed a one year deal worth $1 million with the Chicago White Sox in 2012. He was signed and released by the New York Yankees in 2012. Kosuke joined the Hanshin Tigers in 2013. He has also led Japan to two World Baseball Classic Gold medals in 2006 and 2009. 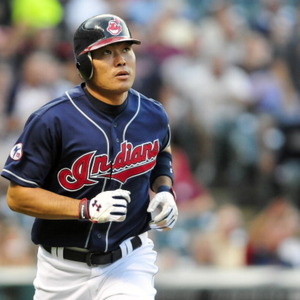