Kirby Puckett Net Worth: Kirby Puckett was a former American professional baseball player who had a net worth of $3 million dollars. Born in Chicago, Illinois, in 1960, Kirby Puckett didn't receive college scholarship offers after finishing high school and went to work on a Ford assembly line before enrolling at Bradley University. Puckett later transferred to Triton College and was the third overall draft pick in 1982 by the Minnesota Twins. He was very successful in the minor leagues before finally securing a spot in the lineup with the Twins during the 1984 season. The ten-time All Star played for the Twins from 1984 until 1995, winning two World Series championships and an ALCS MVP. Puckett is a six-time Gold Glove winner and a six-time Silver Slugger. He was the American League batting champion in 1989 and the American League RBI champion in 1941. He finished his career with a .318 batting average, 2,304 hits, 207 home runs and more than one thousand RBIs. The Twins retired his number, 34, and he was a first ballot Hall of Famer in 2001. Puckett was forced to retire after losing sight in one eye when he was 35. Following his retirement, his wife was accused of threatening to murder another woman who was allegedly having an affair with Puckett. Soon after, he was accused of shoving another woman, and in 2002, he was charged with groping a woman in a bathroom. He was later found not guilty, but was forced to give up his role as executive VP of the Twins. Puckett and his fiancée, Jodi Olson, moved to Scottsdale, Arizona, in 2003. Puckett died on March 6, 2006, a day after suffering a massive hemorrhagic stroke. He is the second-youngest Hall of Famer to die. In 2010, Target Field erected a statue in Puckett's honor. 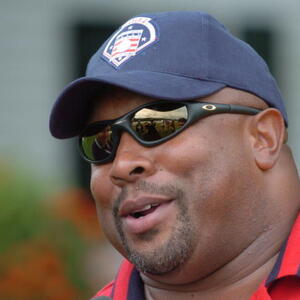