Kevin Mitchell Net Worth: Kevin Mitchell is a former American professional baseball player who has a net worth of $8 million. Kevin Mitchell was born in 1962 in San Diego, California. He made his Major League Baseball debut on September 4, 1984 with the New York Mets. He played in New York until 1986 when he joined the San Diego Padres in 1987.

Mitchell later played for the San Francisco Giants from 1987 until 1991, the Seattle Mariners in 1992, the Cincinnati Reds from 1993 until 1994, the Fukuoka Daiei Hawks in 1995, the Boston Red Sox in 1996, the Reds a second time in 1996, the Cleveland Indians in 1997, and, lastly, the Oakland Athletics in 1998. His last appearance came on August 3, 1998 with the A's. The right-handed left fielder finished his pro playing career with a .284 batting average to go along with 234 home runs and 760 runs batted in. He is a two-time MLB All-Star (1989, 1990) and the National League MVP for the 1989 season. He won a Silver Slugger Award in 1989 as well, the same season he won the National League home run and runs batted in crowns. He won one World Series Championship during the 1986 season with the Mets. Mitchell has faced several arrests, including allegedly assaulting his father in 1999. 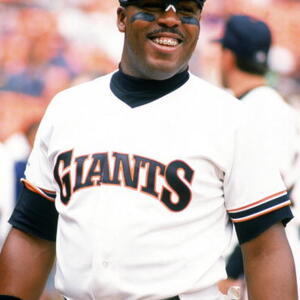