Kevin Millwood net worth: Kevin Millwood is a former professional baseball player who has a net worth of $50 million dollars. Kevin Millwood was born in Gastonia, North Carolina, and was drafted by the Atlanta Braves in 1993. In 1997, after four years in the Minor Leagues, he was called up to Major League play, where he became part of what many considered the best pitching rotation in the history of baseball.

While with the Braves, he was a 1999 All-Star selection. In 2003, he began playing for the Philadelphia Phillies. He pitched a no-hitter while with the Phillies, and led the league in stolen bases. He spent one season with the Cleveland Indians, and was named an AL ERA Champion in 2005. He then signed with the Texas Rangers, where he played well initially, but began to run into issues in 2008. He subsequently spent a season each with the Baltimore Orioles, the Colorado Rockies, and the Seattle Mariners, before unofficially retiring in February of 2013. 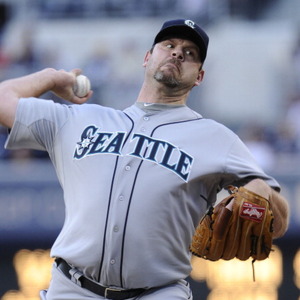