What is Ken Griffey, Jr.'s Net Worth and Career Earnings?

Ken Griffey, Jr. is an American former professional baseball player who has a net worth of $90 million. Also known as "Junior" or "the Kid," Griffey spent his career playing for teams like the Seattle Mariners and the Cincinnati Reds. Ken became famous for hitting a tremendous amount of home runs, and he is considered one of the most successful home run hitters in baseball history. In total, he was able to hit 630 home runs, which puts him in seventh place in all-time home run rankings.

Aside from hitting plenty of home runs, Ken was an excellent defensive player who won the Gold Glove Award a total of ten times as a result of his work in center field. These achievements were more than enough to induct him into the Baseball Hall of Fame in 2016, and he received 99.32% of the vote that year. In addition, Griffey was a 13-time All-Star. After finishing his career with the Mariners, he joined the team's front office as a special consultant.

His largest contract was a nine-year $116.5 million deal signed with the Cincinnati Reds in 2000. The deal deferred half the money to a future date. That's how Ken still earns $3.5 million per year to this day from the organization. He'll continue earning that until 2025.

George Kenneth Griffey Jr. was born on November 21st of 1969 in Donora, Pennsylvania. Ken was born into athletic history, as his father Ken Griffey Sr. was also an MLB player who joined the Cincinnati Reds when Ken Jr. was about six years old. After his father joined the Reds, the family relocated to Cincinnati, Ohio. Griffey Jr. learned very early that the team's performance was more important than the individual's. This was a lesson instilled upon him by his father.

Ken showed his athletic potential as a young boy, and he became an excellent baseball player during his high school years. He was named the US high school baseball player of the year in 1987 after hitting 17 home runs in two seasons. Despite showing promise as a baseball player, Ken Jr. also became a skilled football player and even received scholarship offers to play for numerous colleges.

Ken Griffey Jr.'s career began in 1987 when he was drafted as the number one overall selection by the Seattle Mariners. He immediately received a signing bonus of $160,000 and gained experience with the Bellingham Mariners of the Northwest League and with the San Bernardino Spirit of the California League.

He made his first official appearance for the Mariners in 1989, and during the next 11 seasons, Ken truly made a name for himself. During this period, he hit 398 home runs and stole 167 bases. While playing defensively, Griffey became famous for spectacular diving catches. Another exciting moment came in 1990 when Ken and his father played on the same team together at the same time. This was a first in MLB history, and Ken's father eventually retired in 1991.

Griffey also played a vital role in a memorable victory against the New York Yankees in the Division Series. In 1997, Griffey helped Seattle win the AL West crown. By 1999, injuries had diminished Ken's form, and he was overtaken by Sammy Sosa for home runs that season.

In 2000, Griffey was traded to the Cincinnati Reds. Again, his achievements paled in comparison to his earlier achievements. Injuries continued to plague Ken and in 2004, he ruptured his right hamstring. By 2005, Ken's form had begun to return, and he was named the National League Comeback Player of the Year. Despite several years of respectable play with the Reds, Griffey's stint in Cincinnati is generally not seen as a positive one.

After a brief period with the Chicago White Sox, Griffey received a $4 million buyout and returned to the Mariners to end his career. During these last two years, he continued to play to a high standard – although some observers believed that he had simply been brought to Seattle to sell tickets. In 2010, Ken Griffey Jr. retired from professional baseball.

Ken supplemented his MLB salaries with a number of lucrative brand endorsement deals over the years. Two of his most memorable contracts were with the brands Nintendo and Nike. During his playing career, he was seen as one of the most marketable athletes in Major League Baseball, as he had a good image and was never linked to steroid use (unlike many of his contemporaries). Griffey was also featured on the box of Wheaties cereal at one point. 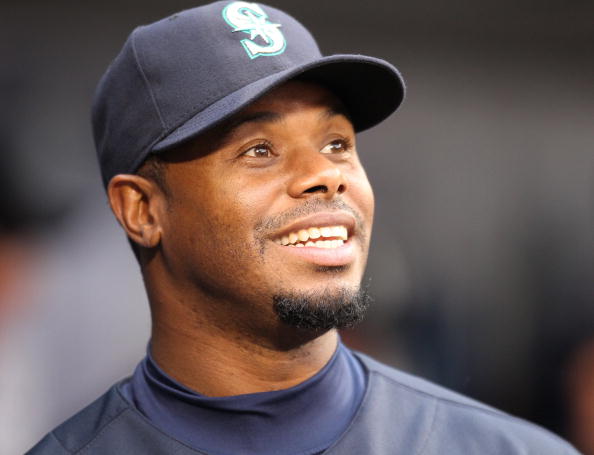 Outside of his baseball career, Griffey has appeared in a range of cameo roles for various films and television series. These include shows like "The Simpsons" and "The Fresh Prince of Bel-Air," and films such as "Little Big League" and "Summer Catch."

Griffey and his wife Melissa have welcomed two children into the world. They have also adopted a third child together. Their son George Kenneth III (also known as Trey Griffey) is a wide receiver in the NFL. Their daughter Taryn is also a member of the women's basketball team. The Griffey family currently lives in Florida.

In 2004 Ken paid $2.75 million for an enormous mansion in the Orlando suburb of Windermere. The 10+ acre lakefront property features a 24,000 square-foot mansion with sports court, resort-style pool and a dock. He also owns at least one of the vacant lots surrounding the property for extra privacy.

Griffey suffers from pleurisy, a condition that causes the lining of the lungs to become inflamed, resulting in significant pain. He was first diagnosed with the condition in 2007.

At the age of 18, Ken Griffey Jr. attempted suicide. He tried to overdose on Aspirin by consuming more than 250 pills, but his life was saved after he was taken to an intensive care unit in a hospital. He admitted that he had previously contemplated suicide before this attempt, and he also stated that arguments with his father combined with his depression, pushing him towards taking his own life.

Griffey has founded The Ken Griffey Jr. Family Foundation, a fund that supports charities such as the Boys & Girls Clubs of America and numerous hospitals. To raise money for his foundation, Ken created a series of wines in 2008. 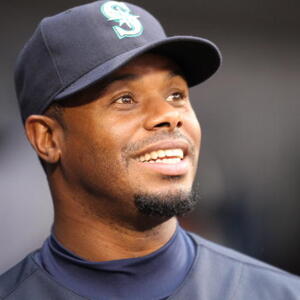