Justin Turner net worth: Justin Turner is an American professional baseball player who has a net worth of $20 million. Justin Turner was born in Long Beach, California in November 1984. He is a third baseman who bats and throws right handed. Turner played at Mayfair High School and California State University, Fullerton. He was drafted in the 29th round of the 2005 Major League Baseball Draft by the New York Yankees but Turner did not sign. He was drafted again #204 overall by the Cincinnati Reds in the 2006 MLB Draft. Justin Turner made his MLB debut with the Baltimore Orioles in 2009 and played there until 2010. He played for the New York Mets from 2010 to 2013 and then joined the Los Angeles Dodgers in 2014. Turner was an All-Star and the National League Championship Series MVP in 2017. He signed a four year deal with the Dodgers in 2016 for $64 million. 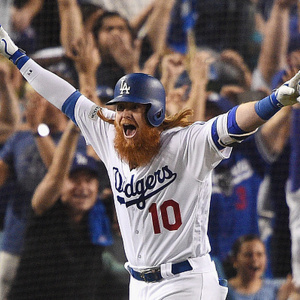