Julio Franco net worth: Julio Franco is a Dominican American former professional baseball player who has a net worth of $16 million. Julio Franco was born in Hato Mayor, Dominican Republic in August 1958. He started his MLB career in 1982 with the Philadelphia Phillies and was traded to the Cleveland Indians where he played from 1983 to 1988 before being traded to the Texas Rangers.

Franco played for Texas from 1989 to 1993. He played for the Chicago White Sox in 1994 and for Japan's Chiba Lotte Marines in 1995. He returned to MLB to play for the Cleveland Indians from 1996 to 1997 and the Milwaukee Brewers in 1997. Franco went back to the Chiba Lotte Marines in 1998 before coming back to the MLB to play for the Tampa Bay Del Rays. He once again went back to Japan to play for the Samsung Lions in 2000. Franco finished his career in MLB for the Atlanta Braves from 2001 to 2005, the New York Mets from 2006 to 2007, and the Atlanta Braves in 2007. He was a three time All-Star and won five Silver Slugger Awards. Franco was named MLB All-Star Game MVP in 1990 and won the American League batting championship in 1991. He played first base, second base, and designated hitter. Franco became a player-manager for the Ishikawa Million Stars which are a semi-pro team for the Baseball Challenge League. 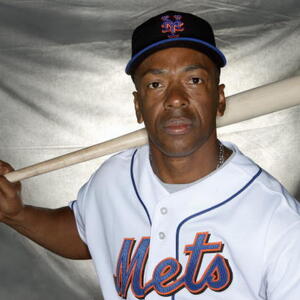