Juan Guzman Net Worth: Juan Guzman is a former Dominican professional baseball player who has a net worth of $13 million. Born Juan Andres Guzman Correa in Santo Domingo, Dominican Republic in 1966, Juan Guzman made his Major League Baseball debut on June 7, 1991 with the Toronto Blue Jays. Guzman played with the Blue Jays from 1991 until 1998 when he became a member of the Baltimore Orioles. After close to two seasons in Baltimore, Guzman joined the Cincinnati Reds for the remainder of the 1999 season. He last appeared on April 7, 2000 with the Tampa Bay Devil Rays before hanging up the cleats on his career. The right-handed pitcher finished his pro playing days with a 91-79 career win-loss record. He boasted a 4.08 earned run average and more than 1200 strikeouts. Guzman earned the first and only MLB All-Star honors of his career during the 1992 season. He is a two-time World Series champion, winning both in 1992 and 1993 as a member of the Blue Jays. In 1996, Guzman was named the American League Earned Run Average champion while with Toronto. He was also known for having a reputation as a wild pitcher, and during the 1993 and 1994 seasons, Guzman also led the American League with the most wild pitches thrown. 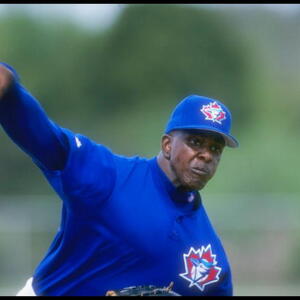