What is Josh Hamilton's Net Worth and Salary?

Josh Hamilton is a former American baseball player who has a net worth of $50 million. Hamilton played as an outfielder for MLB teams such as the Cincinnati Reds, the Texas Rangers, the Los Angeles Angels of Anaheim. Over the course of his career, he was named as an MLB All-Star five times and won the American League Most Valuable Player Award.

Unfortunately, Josh's career was derailed considerably by a combination of injuries and substance abuse issues. Even though this affected how teams perceived him, Hamilton continued to perform well throughout his career, even when he was struggling with serious issues behind the scenes. He is one of the few MLB players to hit four home runs in a single game.

During his baseball career, Josh Hamilton earned $140 million in salary alone. At the peak of his career, Josh was one of the highest-paid players in the league, earning $28 million per year in salary.

Joshua Holt Hamilton was born on May 21st of 1981 in Raleigh, North Carolina. He proved his baseball talents while playing for his high school team. After graduating, he was one of the most sought-after prospects as he approached the 1999 MLB Draft. He then signed a contract with the Tampa Bay Devil Rays, which came with a $3.96-million signing bonus. Prior to making his major league debut, Hamilton was already struggling with drug problems and had failed at least one drug test.

In 2006, he was drafted by the Chicago Bears, who immediately traded him to the Cincinnati Reds for $100,000. He was then traded to the Texas Rangers in 2008. He achieved considerable heights while playing for this team. He then signed a five-year, $125-million contract with the Los Angeles Angels of Anaheim, eventually leaving in 2015 for a second stint with the Texas Rangers. By 2017, it became clear that a stubborn left-knee injury wasn't going away, and he suffered another injury to his right knee that year while going through rehab. He then retired.

One cannot tell the story of Josh Hamilton's life without mentioning his struggles with substance abuse. It has affected his career and many other aspects of his life. After considerable struggles with drug abuse, Josh eventually got clean after being confronted by his grandmother in 2005. He also credits Jesus for bringing him "back from the brink." In 2008, he announced that he had not used any drugs since 2005. Because his substance abuse issues were widely known, Hamilton was forced to provide regular urine samples to the MLB during his career. Josh complied without any issues. His teammates were well aware of his struggles as well, and this led them to celebrate major victories by drinking ginger ale instead of champaign.

Unfortunately, Hamilton suffered a relapse in 2009. Photos of Hamilton shirtless at a bar were released. He was accompanied by several women, and witnesses stated that he was asking where he could purchase cocaine. These witnesses also remember Hamilton boasting about his plans to attend a strip club later that night. With all that said, Josh was not shown drinking or doing drugs in any of the photographs.

Hamilton later confirmed that this alleged incident actually took place, and he admitted that he had very little memory of the entire night. In 2012, he suffered a second relapse after having a few drinks. In 2015, he relapsed once again. This time, he had used both cocaine and alcohol.

Despite his widely-known substance abuse issues with cocaine and other illegal substances, Hamilton did not deal with any noteworthy criminal charges related to drug use or possession. However, he did experience serious criminal consequences after physically assaulting his eldest daughter. He was officially charged with injury to a child in 2019, which is a third-degree felony. He was indicted in 2020, and it was reported that he was facing up to 10 years in prison if convicted. 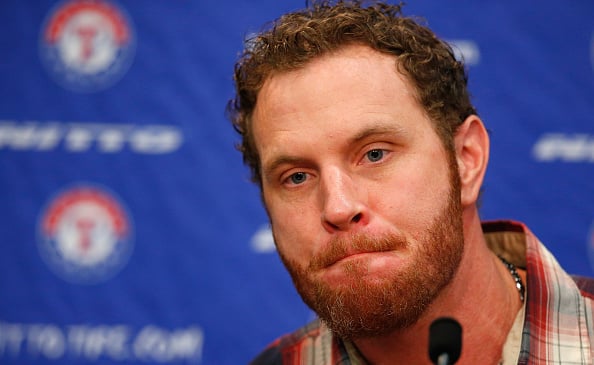 For many years, Josh was married to a woman named Kate Chadwick. Kate is the daughter of Michael Chadwick, someone who greatly assisted Hamilton as he fought his addiction issues. Kate and Josh began their relationship in 2002 before marrying in 2004. After Josh relapsed in 2015 and began abusing drugs again, he divorced Katie after 11 years of marriage. During their relationship, they had three children together. The family also included a child of Katie's from a previous relationship.

Hamilton's wife later stated that she was completely "blindsided" by the divorce, and that she felt like it came out of nowhere. Various media outlets reported that Josh had caught her cheating on him, but Katie later vehemently denied these claims. What is clear is that Josh was the one who filed for divorce.

Hamilton engaged in two notable real estate transactions in 2016. First, he sold his home in Newport Beach, California. He received $12.5 million for the residence, which lies in the gated community of Crystal Cove. Originally built in 2013 according to designs created by renowned architect Will Hosband, the home features Provence-style construction, six bedrooms, and just under 11,000 square feet of living space. Additional highlights include a two-sided fireplace, beamed ceilings, a game room, a home theater, a wine cellar, an eight-car garage, an elevator, an infinity pool, and fountains.

The home also sits on a half-acre of land that offers excellent views of the surrounding coastline and harbor. Originally, this home was listed at $16.5 million. The price was then cut down to $14.9 million before it sold for $12.5 million. Hamilton originally purchased the property in 2013 for $12 million, which means his profit margin was relatively minimal. He may have rushed the sale due to the fact that he was going through a divorce at that time, as property division may have been an issue.

Also in 2016, Hamilton listed his residence in Texas. The home is located in Westlake, and it was listed for $3.43 million. Located in an affluent community amidst a golf course, the property features five bedrooms, 9,800 square feet of living space, a swimming pool with a waterfall, and a general plot of land that spans more than an acre. Additional highlights include wainscoting and four stone fireplaces. 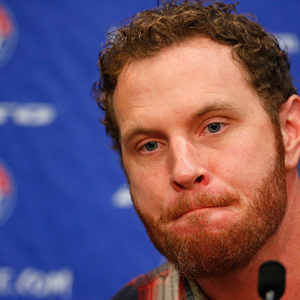