Josh Beckett Net Worth: Josh Beckett is an American professional baseball player who has a net worth of $40 million. Born Joshua "Josh" Patrick Beckett on May 15, 1980, in Spring, Texas, he is currently a baseball pitcher for the Los Angeles Dodgers of Major League Baseball. Once he was selected by the MLB's Florida Marlins in 2001, Beckett made his major league debut in September that year, against the Chicago Cubs.

After spending four years with the Marlins, he was traded to the Boston Red Sox, along with Guillermo Mota and Mike Lowell, before the start of the 2006 season. The three-year deal that he inked with the Red Sox was worth $30 million. In 2010, remained with the team, having signed a four-year, $68 million extension contract. A three-time All Star (2007, 2009 and 2011), Josh Beckett was eventually traded to the Los Angeles Dodgers, along with Nick Punto, Carl Crawford, Adrian Gonzales and $11 million worth of cash considerations. Off the baseball court, he is married to his high-school sweetheart Holly Fisher, with whom he has a girl named Ryann. As an avid deer hunter, he tries to spends his free time practicing this sport. Josh Beckett's salary is $17.5 million. His first contract was in 2006 for 3 years was worth $30 million. In 2010 he signed a four year $68 million contract with the Boston Red Sox. 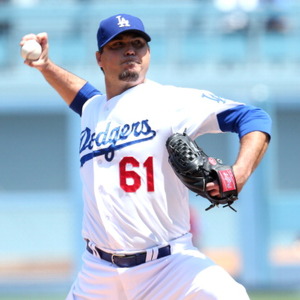