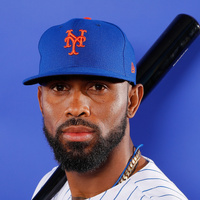 Jose Reyes Net Worth and salary: Jose Reyes is a Dominican professional baseball player who has a net worth of $75 million. Jose Reyes was born in Villa Gonzalez, Santiago, Dominican Republic in June 1983. He signed a contract with the New York Mets after he was spotted by scouts at a tryout camp in 1999. As a shortstop he played for the Kingsport Mets, Capital City Bombers, St. Lucie Mets, Binghamton Mets, and Norfolk Tides. He made his major league debut in June 2003. During his time with the Mets Reyes was a four time All-Star in 2006, 2007, 2010, and 2011. From 2005 to 2007 Reyes was a three time National League stolen base champion. He was also a four time NL triples champion in 2005, 2006, 2008, and 2011. Reyes won the Silver Slugger Award in 2006 and was NL batting champion in 2011. His is the New York Mets all-time leader in both triples and stolen bases. In 2006 he signed a $23.25 million contract extension with the Mets. Reyes signed with the Miami Marlins in 2012 for a six year $106 million contract. In November 2012 he was traded to the Toronto Blue Jays. Jose has also represented the Dominican Republic in the World Baseball Classic in 2006, 2009, and 2013. He won a Gold medal in the 2013 World Baseball Classic. He was traded back to the Mets in 2016. As of September 2018, Jose has earned $137 million in salary alone. That's enough to make him one of the 50 highest-earning players in MLB history.