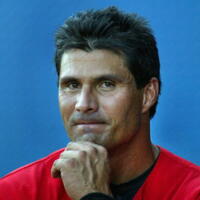 What is Jose Canseco's Net Worth?

Jose Canseco is a Cuba-born retired American baseball player who has a net worth of $800 thousand. After a distinguished career in Major League Baseball, Canseco was eventually plagued by injuries and after his retirement became a fan favorite for his reality TV stardom, eccentric statements, and a tell-all book about his career in baseball that was published in 2005.

During his career, Jose earned $45 million in salary before taxes and fees. In 1990, Jose signed a five-year $23.5 million contract with Oakland. That's the same as around $46 million today. He was traded partway through that contract, first to the Texas Rangers, then to the Boston Red Sox.

His peak salary was the $5.8 million he earned from the Boston Red Sox in 1995. Like many athletes, Jose spent his money nearly as quickly. In recent years he has claimed to no longer even be a millionaire.

In February 2021 Jose participated in a Pay Per View celebrity boxing match organized by Barstool Sports. When it was all totaled, he reportedly earned $1 million for roughly 12 seconds of work.

Jose Canseco was born July 2, 1964, in Havana, Cuba. His entire family left Cuba when Jose and his twin brother Ozzie (who also had a career as a professional ball player, albeit a less high-profile one) were still infants. Canseco had an interest in baseball early on, playing for his Miami Coral Park High School team and making varsity in his senior year. In his junior year, when he played on the junior varsity team, one sign of his future success came in the form of an MVP award. In 1982, he graduated high school, and his baseball career continued from there.

Canseco was drafted into the minor leagues by the Oakland A's during the 1982 Draft. His professional debut happened with the Miami Marlins in the Florida State League while also playing Minor League ball with various teams until 1985. That's when Jose made his Major League debut on September 2nd with the Oakland Athletics. His first full season was the following year, and then his career really began to take off, earning the American League Rookie of the Year award and closing out the season with 33 home runs and 117 RBIs. The following year, another power hitter named Mark McGwire joined Canseco on the Athletics roster, and two eventually earned the dual nickname "the Bash Brothers" for their aggressive at-bat style of play.

In 1988, Canseco made his brashest public gesture yet by publicly guaranteeing that he would hit at least 40 home runs and steal 40 bases in the coming season. He did so, hitting the 40 stolen bases benchmark exactly and exceeding the 40 home run threshold by two, thus becoming the first Major League player to do so in a single season and establishing what is to this day known as "the 40-40 club." That same season saw Canseco and the rest of the Athletics making it all the way to the World Series, which they eventually lost to the Los Angeles Dodgers.

In 1992, Canseco was traded by the A's to the Texas Rangers. The following year, Canseco had the unfortunate accomplishment of being the center of one of the most infamous baseball bloopers of that era in baseball, when a fly ball hit bounced off his cap and over the wall for a home run for the opposing Cleveland Indians. But Canseco bounced back and had a good season that returned him to his old power hitting glory days with 31 home runs and and 90 RBIs in the 1994 season, which was shortened due to a players' strike. In 1995, Canseco found himself on the Boston Red Sox and had another good run until returning to the Oakland A's in 1997.

After bouncing over to the Toronto Blue Jays and then signing a three-year contract with the Tampa Bay Rays (known back then as the Devil Rays), Canseco made his last MLB appearance 16 years later after his debut, on October 6, 2001. When all was said and done, Jose was a six time All Star, two-time AL home run champion, four time Silver Slugger award winner and two time World Series champion. 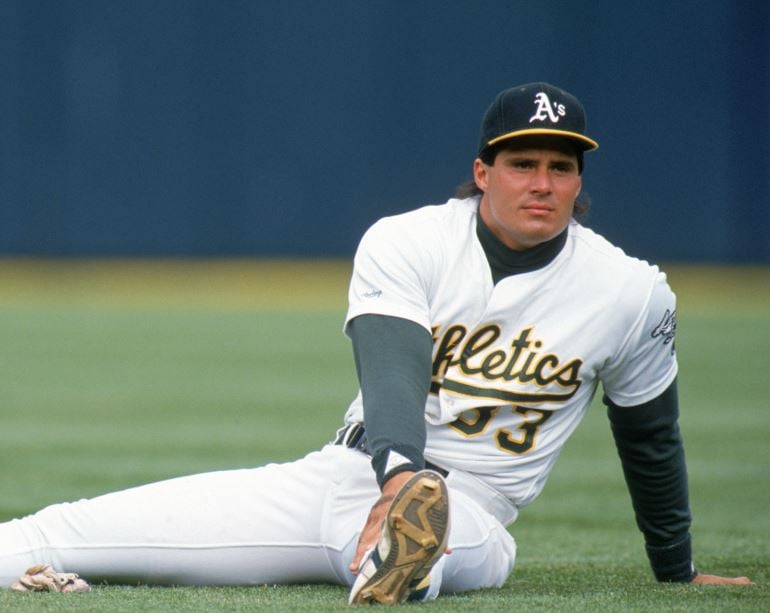 Jose wrote the 2005 book Juiced: Wild Times, Rampant 'Roids, Smash Hits & How Baseball Got Big. In the book Jose claims that the majority of Major League baseball players used steroids openly throughout the 80s and 90s. He has since become a bit of a controversial figure in the sports world and is alienated from most of his former baseball friends and teammates.

Since his retirement, Canseco has appeared on several television and radio programs. He was a contestant on The Celebrity Apprentice and also appeared in Season 5 of The Surreal Life; he has also appeared in many celebrity boxing and martial arts competitions. He's written columns for Vice magazine and has become something of a cult figure on the Twitter social media platform, where he has been known to make bizarre and humorous statements. In 2019, Canseco opened a business in his adopted city of Las Vegas, Nevada: Jose Canseco's Showtime Car Wash, with elaborate décor and memorabilia calling back to highlights from Canseco's long career in baseball.

Jose Canseco has been married twice, first to Esther Haddad, but the couple divorced in 1992 and next to Jessica Sekely but that marriage ended as well in 2000. Jose and Jessica have one daughter named Josie Canseco, and Jessica has been seen on the reality television program, Hollywood Exes. Canseco has also spoken publicly about the financial impact of his divorces, telling Inside Edition back in 2008 that his divorces cost him between $7 million and $8 million, contributing to his financial problems at that time.

Josie Canseco is a model and social media star. She was Playboy Playmate of the Month in June 2016. She has earned headlines for dating other celebrities like Logan Paul.

"You know my life, this financial thing, is a very complicated issue. Obviously, when you make all that money, people think, 'OK, let's assume it is $35 million.' People have to understand that $35 million, you're paying the government 41 percent. That leaves you with about $17 or $18 million, not even. Then you're taking care of your whole family."

Unfortunately, Jose Canseco's well-documented financial issues had the expected effect on his real estate holdings. In 2008 he was reported to have lost his $2.5 million, 7,300-square foot mansion in the Encino area to foreclosure. Years later, in 2015, he was reportedly living in Las Vegas, and was said to be opening up his home to ten lucky fans in a Twitter sweepstakes, although it's not known if this prize was ever actually awarded to anyone afterwards.