He was drafted in both the 2002 and 2003 Major League baseball Drafts. In the minor leagues Papelbon played for the Lowell Spinners, Sarasota Red Sox and Pawtucket. He made his major league debut for the Boston Red Sox in July 2005 where he played until 2011. In 2012 Jonathan signed with the Philadelphia Phillies for a four year $50 million contract. Papelbon is a five time All-Star from 2006 to 2009 and again in 2012. He won a World Series championship with the Red Sox in 2007 and also won the Delivery Man of the Year Award that year. Papelbon is a member of the 300 save club and he pitched in a combined no-hitter for the Phillies in September 2014. He has said that his dog chewed up the ball that recorded the final out in the 2007 World Series. 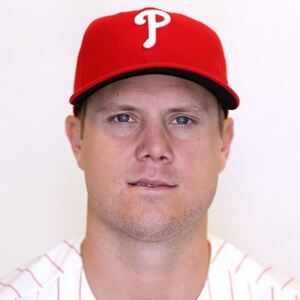