John Rocker net worth and salary: John Rocker was a professional relief pitcher for American Major League Baseball and has a net worth of $2.5 million. John Rocker earned his net worth playing for the Atlanta Braves, Cleveland Indians, Texas Rangers and Tampa Bay Devil Rays. After being drafted by the Atlanta Braves, Rocker took the place of an injured player in the major league club after he suffered an injury and Rocker became the team's closer, but lost that position after threatening a reporter.

After that he was traded to the Cleveland Indians, but was once again traded to the Texas Rangers, and was let go in 2003. He then signed with the Tampa Bay Devil Rays, but only played in two games, after which Tampa Bay let him go. In 2005 Rocker decided to sign with the Independent Atlantic League playing with the Long Island Ducks and later that year he was released from his contract. John Rocker is known for his slurred remarks about the different races of people living in New York, about New Yorkers in general, homosexuals and just about everyone on the planet. In 2000 he was suspended from spring training and the season's first 28 games without pay for remarks he made like the one against black team mate Randall Simon. But the decision was later appealed and he only had to sit out 14 games and there was no suspension for spring training. In 2007 he was accused of using steroids and in 2011 admitted that he had, but also implied that everyone does. Along with his career in baseball, Rocker has also appeared in the film "The Greenskeeper," a 2002 horror comedy. He writes a column for World Net Daily and has released his autobiography entitled "Stars and Strikes. John Rocker was born in Statesboro, Georgia in 1974 and attended First Presbyterian Day School where he was considered to be one of their best pitchers. 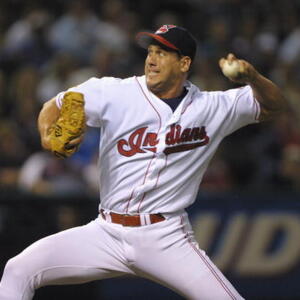