John Kruk net worth: John Kruk is an American former professional baseball player who has a net worth of $4 million. John Kruk was born in Charleston, West Virginia in February 1961. He currently serves as a baseball analyst for ESPN. Kruk was a fire baseman and outfielder who batted and threw left handed.

He played baseball for Keyser High School, Potomac State College, and Allegany Community College. Kruk was signed by the San Diego Padres in 1981 and made his Major League Baseball debut for San Diego in 1986 where he played until 1989. He played for the Philadelphia Phillies from 1989 to 1994 and finished his career with the Chicago White Sox in 1995. Kruk was a three time MLB All-Star from 1991 to 1993. He finished his 10 year career nice and even with a batting average of .300 and exactly 100 home runs. His book I Ain't an Athlete, Lady was published in 1994. Kruk has been a broadcaster and commentator for Fox and ESPN. He was voted as the first baseman on the Phillies All-Vet Team in 2003 and was inducted into the Philadelphia Baseball Wall of Fame in 2011. 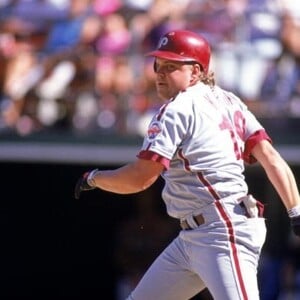