What is Johan Santana's Net Worth and Career Earnings?

During his professional career, Johan earned $160 million in salary alone. He earned roughly $10 million more from endorsements. His highest-paid season was 2013 when he earned $25 million from the Mets.

Johan Santana was born on March 13, 1979 in Tovar, Mérida, Venezuela. As a teenager, he went to Jose Nucete High School. In 1994, he was spotted by Houston Astros scout Andres Reiner, who subsequently invited him to attend Houston's academy. Although he began as a center fielder, Santana was eventually made a pitcher at the academy. He was named Tovar Mérida Athlete of the Year in 1999.

Following the end of the 1999 season, Santana was drafted by the Florida Marlins before being exchanged to the Minnesota Twins. He went on to make his MLB debut in April of 2000 in a game against the Tampa Bay Rays. Later, in June, he notched his first career win in a game against the Houston Astros. Santana finished his rookie season with a 6.49 ERA across 86 innings pitched.

In 2002, Santana was sent to the minors for a couple of months in order to hone his changeup skills. He returned to the majors with a much better changeup. After serving as a relief for his first few seasons, Santana was moved to the Twins' starting rotation midway through the 2003 season. Making it to the ALDS that year, he pitched the opening game against the New York Yankees. Santana subsequently had one of his most accomplished seasons in 2004, particularly in the season's back half. Among his achievements, he set a new Twins single-season record with 265 strikeouts, and led the American League in multiple categories. Capping off his season, Santana won his first Cy Young Award.

Although the Twins struggled in 2005, Santana was in mostly top form. He finished the season with a 2.87 ERA and an MLB-leading 238 strikeouts. Santana had even greater success in 2006, becoming the first pitcher to win the Major League Triple Crown since Dwight Gooden in 1985. Moreover, he finished the season with MLB-leading numbers in ERA and strikeouts, with 2.77 and 245, respectively. For the second time, Santana took home the Cy Young Award.

Following a rocky start to the 2007 season, Santana came roaring back with a four-hit shutout and two subsequent wins. Later, in the All-Star Game, he helped the Twins win 9-0. In August, Santana had one of the greatest games of his career when he struck out 17 batters, a Twins record, in a game against the Texas Rangers. He went on to claim the AL Gold Glove Award, as well as the Fielding Bible Award. 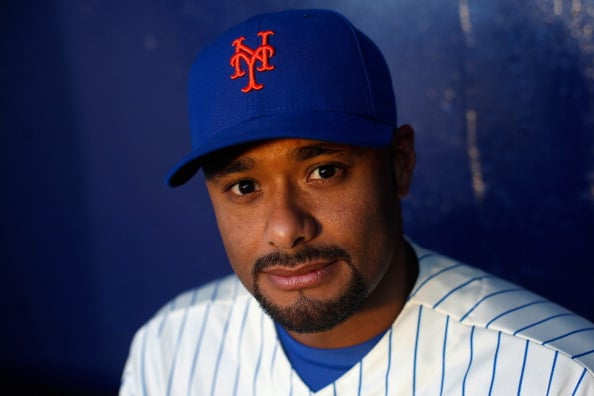 In early 2008, Santana was traded to the New York Mets. On Opening Day, he threw 100 pitches across seven innings to seal a victory over the Florida Marlins. In a later June victory over the Los Angeles Dodgers, Santana notched his 100th career win. He continued to perform in top form throughout the remainder of the season. In July, Santana pitched a complete game against the St. Louis Cardinals, and in August pitched another complete game against the Pittsburgh Pirates. He finished the season with an MLB-leading and career-best 2.53 ERA.

Midway through the 2009 season, Santana was placed on the disabled list due to an elbow injury; after undergoing arthroscopic surgery, he missed the remainder of the season. After a slow start to the 2010 season, he scored his first career home run and threw a complete game against the Cincinnati Reds in July. Later, in September, Santana underwent surgery on his left shoulder, causing him to miss the entirety of the 2011 season.

Santana played his final season with the Mets in 2012. Beginning on a high note, he pitched a complete game against the San Diego Padres in May. The highlight of Santana's season, and one of the high points of his professional career, came on June 1 when he pitched a no-hitter against the St. Louis Cardinals. It was the first no-hitter in Mets history.

After the no-hitter, the remainder of Santana's season was plagued by injury. In July, he was placed on the disabled list after spraining his ankle; the following month, he was again placed on the disabled list, this time for back inflammation. Santana subsequently sat out the rest of the season. In early 2013, he once again injured his shoulder, and missed the season. Santana became a free agent in 2014.

Santana is married to his wife Yasmile, a longtime childhood friend. Together, the couple has a son and two daughters.

In 2006, Santana established his own charitable foundation to provide assistance to medical centers. He also has his own line of charity wines, with all proceeds going to the foundation. 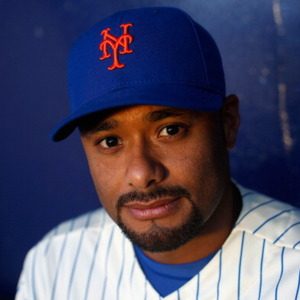