Joe Mauer Net Worth and salary: Joe Mauer is an American baseball catcher who has a net worth of $100 million. Joe Mauer's annual salary is $23 million. In March 2010 Mauer became the highest paid catcher of all time when he signed an 8 year $184 million deal with the Minnesota Twins. Born Joseph "Joe" Patrick Mauer on April 19, 1983, in St.

Paul, Minnesota.The incredibly talented Mauer first flaunted his talent as a student at the Cretin-Derham Hall High School, where he was a three sport star. Even though he was part of the baseball, basketball and football teams, Mauer excelled at baseball as he batted .605 during his senior season and was only struck out once during his entire high school career. This success along with his outstanding play in Minnesota helped Mauer enter the USA Junior National team. He spent two productive years with the team (1998-2000), having hit impressive.522 in his last year. In 2000, he got also named the best hitter at the baseball world tournament in Panama. While the next year he was voted Minnesota District V Player of the Year in baseball. The extremely talented player as he was, Joe Mauer made his Major League Baseball debut on April 5, 2004 for the Minnesota Twins. Even though not able to play due to a knee injury for the rest of the season, he has enjoyed unprecedented success ever since 2005. He has won three consecutive Gold Glove awards (2008–2010), and the 2009 American League (AL) Most Valuable Player (MVP) Award. What's more, he is the only baseball catcher in MLB history who has ever won three batting titles. Between June 2017 and June 2018, Joe Mauer earned $24 million between salary and endorsements. 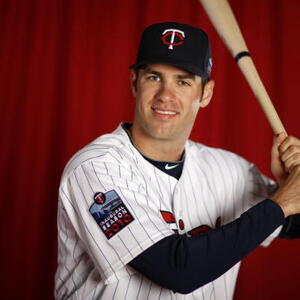