He made his Major League debut with the Baltimore Orioles in 1965, and went on to become one of the most successful pitchers in MLB history. He played for the Orioles until 1984. Along the way, he was named to the All Star team six times. He was a four-time Gold Glove Award winner, and won the American League's Cy Young Award in 1973, 1975, and 1976. He led the Baltimore Orioles to three World Series wins, and pitched a no-hitter in August of 1969. He was inducted into the Baseball Hall of Fame in 1990, and his jersey number, 22, was retired in 1985. Since his retirement, he has worked primarily as a color commentator and spokesperson. He attempted one comeback in the early 90s, but returned to retirement quickly. 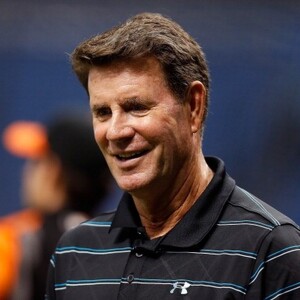