Jim Morris Net Worth: Jim Morris is an American retired professional baseball player who has a net worth of $2 million. Jim Morris was born in Brownwood, Texas in January 1964. Morris was a relief pitcher who batted and threw left handed. Jim moved around a lot as a child became his father was a recruiter for the United States Navy.

He played football for Brownwood High School but they did not yet have a baseball team. Morris won a state championship playing wingback, punter, and kicker. He was drafted #466 by the New York Yankees in the 1982 amateur baseball draft. Morris did not sign with the Yankees and was drafted again #4 in the 1983 draft by the Milwaukee Brewers. He played in the minor leagues and then began coaching baseball at Reagan County High School. Morris promised his team that if they won the District Championship he would try out for Major League Baseball. After the Owls won the title Morris attended a Tampa Bay Devil Rays tryout and started playing minor league baseball again. He made his way up the ranks and made his Major League Baseball Debut for the Rays in 2000 at the age of 35. He wrote the autobiography The Oldest Rookie and the Disney film The Rookie was about Morris. In the film he was portrayed by Dennis Quaid. 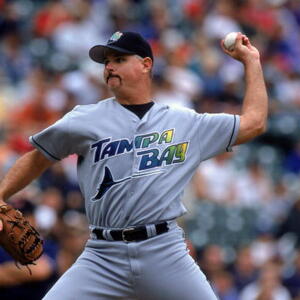