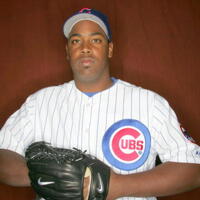 Jerome Williams Net Worth: Jerome Williams is an American professional baseball player who has a net worth of $4 million. Born in 1981 in Honolulu, Hawaii, Jerome Williams was drafted 39th overall during the first round of the 1999 Major League Baseball Draft by the San Francisco Giants. Williams worked his way through the organization's farm system for close to five years before making his MLB debut on April 26, 2003 for the team that drafted him. Williams played for the Giants until 2005 before he was traded to the Chicago Cubs. Two years later, he landed a free agent contract with the Washington Nationals ahead of the 2007 season. He was released in August of 2007 after suffering several injuries and a decline in performance; Williams scored a deal to join the Minnesota Twins' minor league affiliate just a few days later. When that contract did not pan out, Williams pitched with the Golden Baseball League's Long Beach Armada for two months before the Los Angeles Dodgers bought out his deal. Williams went on to play for the Oakland Athletics, Puerto Rico's Indios de Mayaguez, Taiwan's Uni-President Lions, the Los Angeles Angels of Anaheim, the Houston Astros, the Texas Rangers, and the Philadelphia Phillies. He most recently pitched for the Phillies during the 2014 season. Williams, a right-handed starting pitcher, has a career win-loss record of 48-54, a 4.40 earned run average, and 573 strikeouts through the 2014 season.