He won the Roger Clemens Award for college baseball's top pitcher. He was drafted #12 by the Los Angeles Angels of Anaheim in the 2004 Major League Baseball Draft. He played in the minor leagues before making his major league debut in May 2006 for the Angels. Weaver has played for the Angels his entire major league career. He was a three time All-Star from 2010 to 2012. In 2010 Weaver led the majors in strikeouts and he tied for most wins in the American League in 2012. He has been named an AL Player of the Week and Pitcher of the Month. On May 2, 2012 he pitched a no-hitter against the Minnesota Twins. Jered won a silver medal competing for the United States at the 2003 Pan American Games in Santo Domingo. 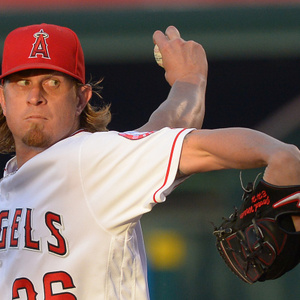