Jeff Suppan Net Worth: Jeff Suppan is an American retired professional baseball player who has a net worth of $24 million. Jeff Suppan was born in Oklahoma City, Oklahoma in January 1975. Suppan was a pitcher who batted and threw right handed. Suppan was drafted by the Boston Red Sox out of high school in the 2nd round of the 1993 MLB Draft.

He made his professional debut for the Red Sox in 1995 where he played until 1997. He then played for the Arizona Diamondbacks in 1998 and for the Kansas City Royals from 1998 to 2002. Suppan played for the Pittsburgh Pirates and the Boston Red Sox in 2003. He played for the St. Louis Cardinals from 2004 to 2007 and for the Milwaukee Brewers from 2007 to 2010. He went back to the St. Louis Cardinals in 2010 and finished his career for the San Diego Padres in 2012. During his career Suppan won a World Series Championship with the Cardinals in 2006. That same year he was named the National League Championship Series MVP. He signed a four year deal with the Brewers in 2006 for $42 million. Jeff also owns the restaurant Soup's Grill in Los Angeles, California. 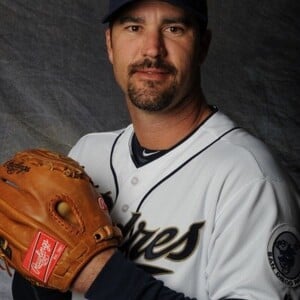