Jeff Bagwell net worth and career earnings: Jeff Bagwell is a well-known American professional baseball player and coach who has a net worth of $65 million. Jeff Bagwell was born on May 27, 1968. He played first baseman his entire career for Houston Astros in the Major League Baseball. However, he was drafted by the Red Sox in the fourth round in 1989, before he was traded. This proved disastrous for the Red Sox and many recounted the trade as one of the worst trades in Red Sox history behind the trade of Babe Ruth to the New York Yankees. In 1994, he was named the National League Most Valuable Player.

Jeff Bagwell was born to Robert and Janice Bagwell in Boston, Massachusetts. His family later moved to Killington, Connecticut. He graduated from a private all-male catholic school, Xavier High School, located in Middletown, Connecticut. When he was younger, Bagwell enjoyed playing soccer as well as baseball. He excelled in soccer as shown by his school record in goals scored in a single season. After graduating from Xavier, Bagwell continued his education in Connecticut, where he attended the University of Hartford.

Jeff Bagwell found his feet with the Houston Astros and soon became one of the most loved players in the club history. Bagwell remained with the Astros for his fifteen-year career. He is remembered for his overall outstanding performance, including nine seasons with at least 30 homeruns.

However, after the 2005 season, Bagwell was faced with health issues and was battling an arthritis condition. This eventually led to his declined performance. Bagwell showed his spirit and he showed up everyday for the spring training hoping to overcome his ailments. But it proved too big of a hump to get over. He retired from the professional baseball in 2006. In 2010 he was hired by the Astros as a hitting coach. 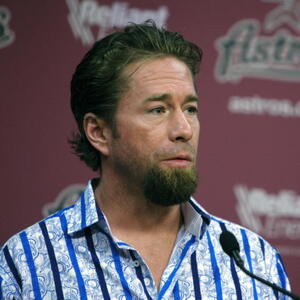