Javier Lopez Net Worth: Javier Lopez is a Puerto Rican professional baseball player who has a net worth of $7 million. Javier Lopez was born in San Juan, Puerto Rico in July 1977. Lopez is a relief pitcher who bats and throws left handed. He attended the University of Virginia and was drafted in the fourth round of the 1998 MLB Draft by the Arizona Diamondbacks.

Lopez was selected by the Boston Red Sox in the Rule 5 Draft and was traded to the Colorado Rockies where he made his MLB debut in 2003 and played until 2005. Lopez went back to the Diamondbacks in 2005 before joining the Boston Red Sox from 2006 to 2009. He played for the Pittsburgh Pirates in 2010 and joined the San Francisco Giants the same year. In 2011 Lopez re-signed with the Giants for a two year deal worth $8.5 million. He re-signed again in 2013 for a three year $13 million deal. Lopez is a three time World Series Champion, with the Red Sox in 2007 and the Giants in 2010 and 2012. 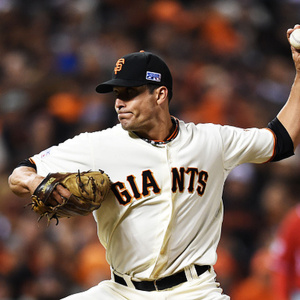