Jason Vargas net worth: Jason Vargas is an American professional baseball player who has a net worth of $12 million. Jason Vargas was born in Apple Valley, California in February 1983. Vargas is a starting pitcher who bats and throws left handed. He attended Apple Valley High School and was drafted by the Minnesota Twins in the 2001 Major League Baseball Draft.

Vargas declined and chose to play at Louisiana State University. He transferred to Cypress College and was named Southern California junior college player of the year. He then attended Long Beach State before being drafted again in the 2nd round of the 2004 MLB Draft by the Florida Marlins. Vargas played in the minor leagues before making his MLB debut with the Marlins in 2005 where he played until 2006. That year the Marlins traded him to the New York Mets. Jason had a bone spur removed from his elbow and surgery to repair a torn labrum in his left hip in 2008. That same year he was traded to the Seattle Mariners. He played there until 2012 and signed a one year deal worth $4.85 million that year. The same year he was traded once again to the Los Angeles Angels of Anaheim where he played in 2013. Vargas signed a four year deal worth $32 million with the Kansas City Royals where he played in 2014. During his career Jason Vargas is a two time American League Pitcher of the Month. Midway through the 2017 season he has a record of 80 – 76 with an ERA of 4.10 and 900 strikeouts. Vargas earned his first All-Star selection in 2017 and won a World Series in 2015. 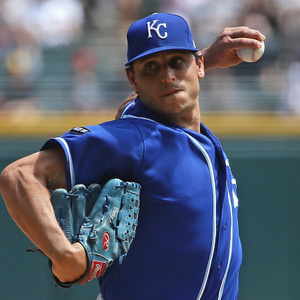