Jason Schmidt is a former American professional baseball player who has a net worth of $45 million. Born on January 29, 1973 in Lewiston, Idaho, Schmidt was a pitcher in Major League Baseball. Batting right and throwing right, Schmidt began playing baseball, basketball, and football at Kelso High School. He received the title of Washington's Gatorade State Player of the Year after pitching a no-hitter and went on to earn All-state MVP.

Schmidt made his MLB debut with the Atlanta Braves on April 28, 1995 and has a win-loss record of 130-96, an earned run average of 3.96, and a total of 1,758 strikeouts. Schmidt went on to play for the Pittsburgh Pirates in 1996, followed by the San Francisco Giants in 2001, and ending with the Los Angeles Dodgers in 2007 and 2009. He is a three-time All-star for the years 2003, 2004, and 2006. He made his last MLB appearance on August 5, 2009 with the Los Angeles Dodgers and was then placed on the disabled list after a recurring shoulder injury, prohibiting him from continuing a career in Major League Baseball. He is currently married to wife Bethany and has three children by the names of Makynlee, Mason, and Madden. 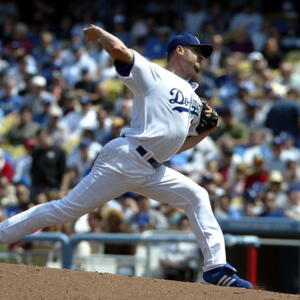