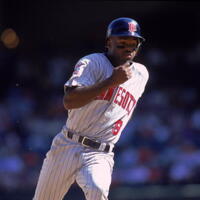 Jason Maxwell net worth: Jason Maxwell is an American former professional baseball player who has a net worth of $200 thousand dollars. Jason Maxwell was born in Lewisburg, Tennessee, and went on to graduate from Marshall County High School in Lewisburg. He then attended Middle Tennessee State University in Murfreesboro, Tennessee. The Chicago Cubs drafted him in 1993, and he spent the next five years in the Minors. He made his Major League debut on September 1, 1998. In 1999, the Detroit Tigers selected him off waivers, but he never played for the team. He subsequently became a free agent. In late 1999, he signed with the Minnesota Twins. He struggled during his seasons with the Twins, and he was released in 2001. He subsequently signed with the Texas Rangers, the Cincinnati Reds, and the Tampa Bay Devil Rays, though he never saw regular season play with any of the teams. He retired in 2004.